If you are looking for anime to watch this summer, we at A4H got you! Spring’s line up brought us My Hero Academia, Fruits Basket, Shaman King (2021), and Odd Taxi. Many of these shows are ending for the season, so we must start looking forward to the anime of Summer 2021. While this season’s line-up may not have big names, that doesn’t mean that these shows aren’t worth a watch. Here are some shows to look forward to for the summer season. 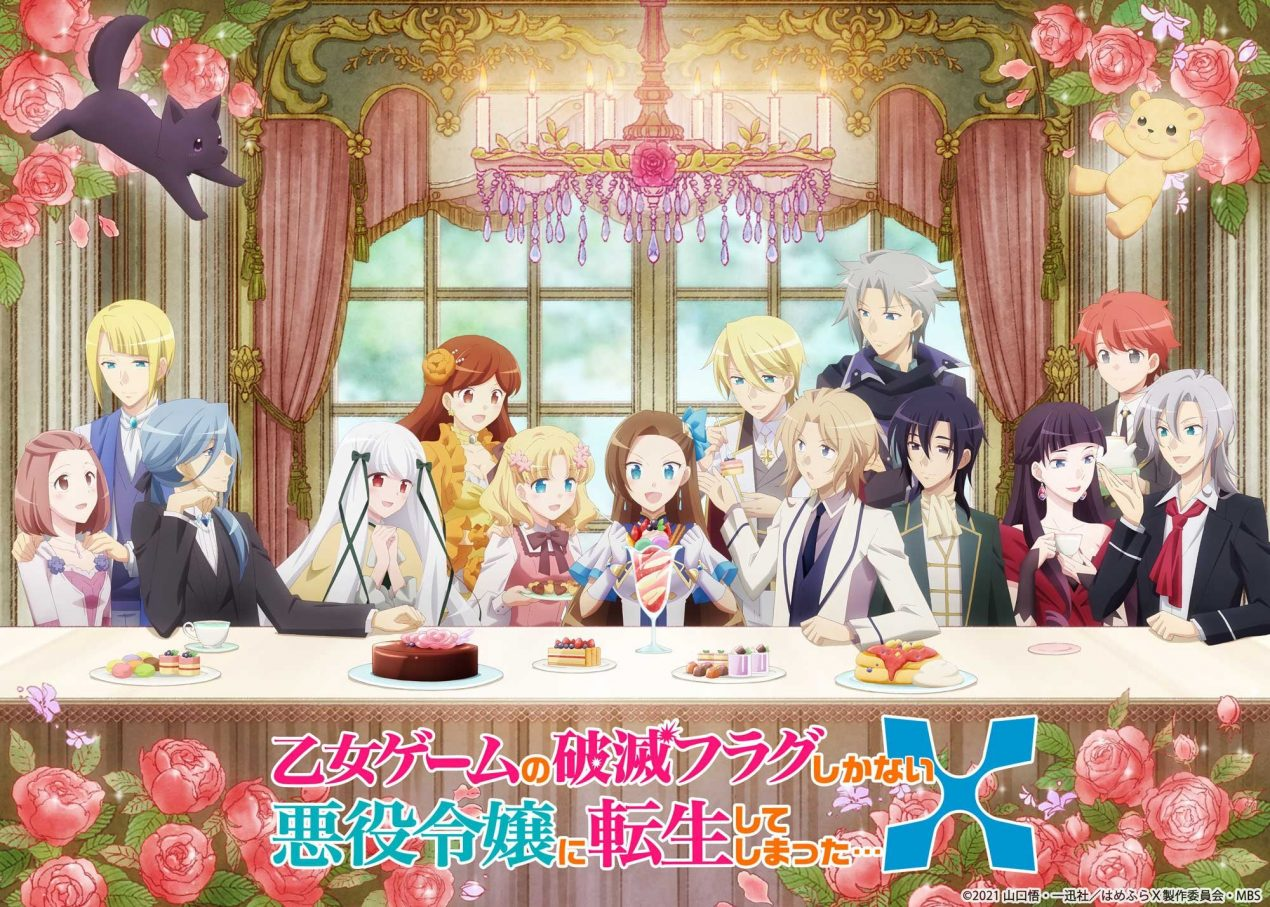 My Next Life as a Villainess: All Routes Lead to Doom! Season 2

Bakarina, I mean, Katarina and company are finally back for another season of this chaotic series.

Season one begins with the death of a young girl who happens to be reincarnated into her favorite game, Fortune Lover. However, she’s reincarnated as Katarina Klaes, the nasty villainess who is destined to die in many of the game’s endings. Not wanting to die again, Katarina makes an effort to go against the game’s programming and instead of a villainess, she befriends everyone, inadvertently becoming the new protagonist,and gaining a giant harem of men and women alike in the process. This includes the game’s original protagonist, Maria and other characters that were not romanceable options in the original game. However, Katarina is completely oblivious about her suitors and is more worried about Maria ending up with characters that will result in her death. Chaos and hilarity ensues.

Season 2 of My Next Life As A Villainess will be streamed on Crunchyroll. Check out the official trailer!

That Time I Got Reincarnated as a Slime Season 2, Part 2

Demon Lord Rimuru and the nation of Tempest are back in action after a season break.

After Satoru Mikami dies as a result of a freak attack on the streets of Tokyo, he is reincarnated as a slime with the power “Predator,” which allows him to devour anything and mimic its appearance and skills, including a mighty dragon that was sealed away named Veldora Tempest. As a token of gratitude for his assistance, Veldora gives Satoru the name Rimuru Tempest. Now equipped with “Predator”, Veldora’s protection, and his knowledge from his past life, Rimuru sets out on a journey to build a nation of his own. This of course, leads eyes to wander to the nation of Tempest of friends and foes alike, and it is up to Rimuru and company to defend their budding nation.

The events of Season 2, Part 1 were a build up to an action filled climax. However, the season took a break, and now viewers are itching to see the epic battles that were built up, now that Rimuru and company have enhanced powers thanks to Rimuru’s rise to Demon Lord.

Season 2, Part 2 of That Time I Got Reincarnated as a Slime will be streamed on Crunchyroll. Check out the official trailer! 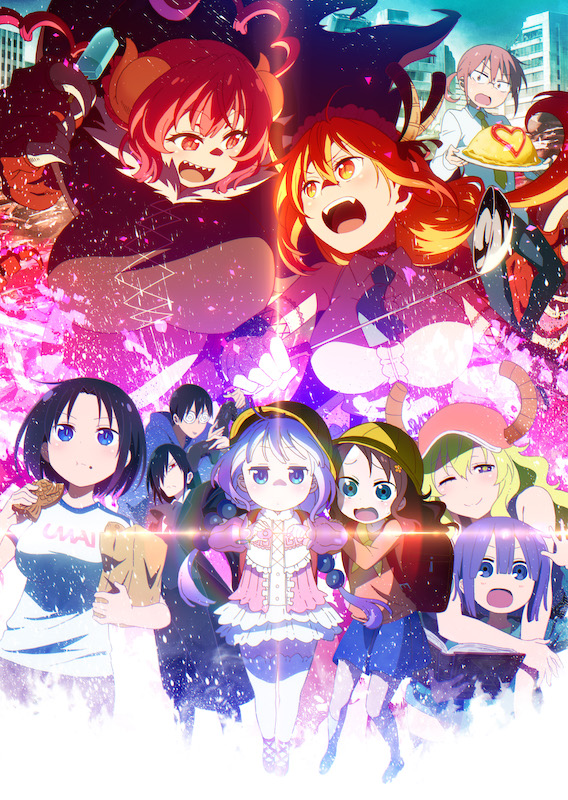 After 4 long years, the long-awaited second season of this feel-good series is finally here!

Miss Kobayashi’s Dragon Maid follows Kobayashi, an office worker, who just happened to pull out a sword out of a dragon’s back in the midst of her drunken excursion. The morning after, she is met with a large dragon outside her front door that turns into a human girl in a maid outfit and introduces herself as Tohru. As it turns out, Tohru was stabbed in her world and ended up on Earth with no place to stay. Kobayashi allows Tohru to stay in exchange for her becoming her personal maid. While Tohru is great at keeping the house in order, her odd methods sometimes cause more issues for Kobayashi. There’s also the fact that Tohru’s presence attracts powerful dragons and other creatures, so more of these human-shifters start to appear and some even become permanent members of the Kobayashi household.

The events of season 1 gave us an introduction to all of the key players of this series, but season 2 teases a new ally from the dragon realm coming for Tohru. Season 2 of Miss Kobayashi’s Dragon Maid will be streamed on Crunchyroll. Check out the official trailer! 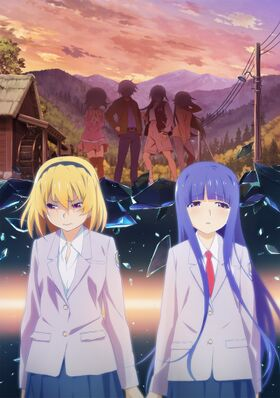 Higurashi: When They Cry – SOTSU

The iconic horror, murder mystery series is back for another season.

After moving to the rural village Hinamizawa, Keiichi befriends Rena, Mion, Satoko, and Rika after joining their club. However, things in Hinamizawa aren’t as calming as one would think. Soon after, Keiichi discovers some shady business has gone down in the small town, and when he asks his new friends about it, they are quick to deflect the topic. As Keiichi does more investigating, he discovers that Hinamizawa is not only shady, but downright deadly. With little help from his new friends, Keiichi takes it upon himself to learn about this town’s deadly secrets. However, the question is: Will anyone make it out alive?

SOTSU is a direct response to the previous season, Gou, and will introduce Mamiya Rina into this sequel series. While it will be based on the first arc of the game, there will be new events and a completely different ending. The creator, Ryukishi07 stated in an interview that Higurashi SOTSU will give viewers the story from Satoko’s point of view, which is refreshing given that everyone is always trying to save her. The anime will alternate between Rika and Satoko’s point of view and provide some sort of showdown between the two characters.

Higurashi: When They Cry – SOTSU will stream on Funimation. Check out the official trailer! 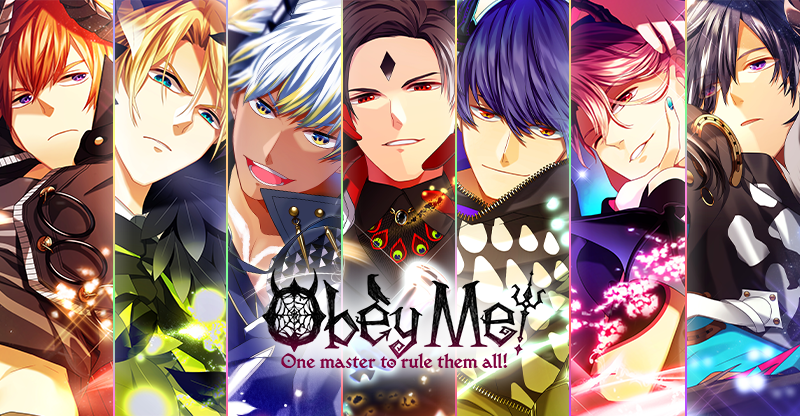 The popular otome game is getting an anime!

Obey Me! is a mobile game that launched in 2019 from NTT Solmare. The game follows the Main Character (MC) as they transfer into a school in Devildom that is filled with demons. At the school, they come under the care of the seven demon brothers as a single phrase lingers in the back of their mind: One Master to RULE them all!

Unlike the game where the focus is on the main character developing relationships with the seven demon brothers and the other characters of Devildom, the anime will showcase the everyday lives of the demon brothers through special episodes separate from the game’s main story.

The anime will be streamed via the game’s official youtube channel. You can watch the special episode that is available to get a sense of the show’s direction. 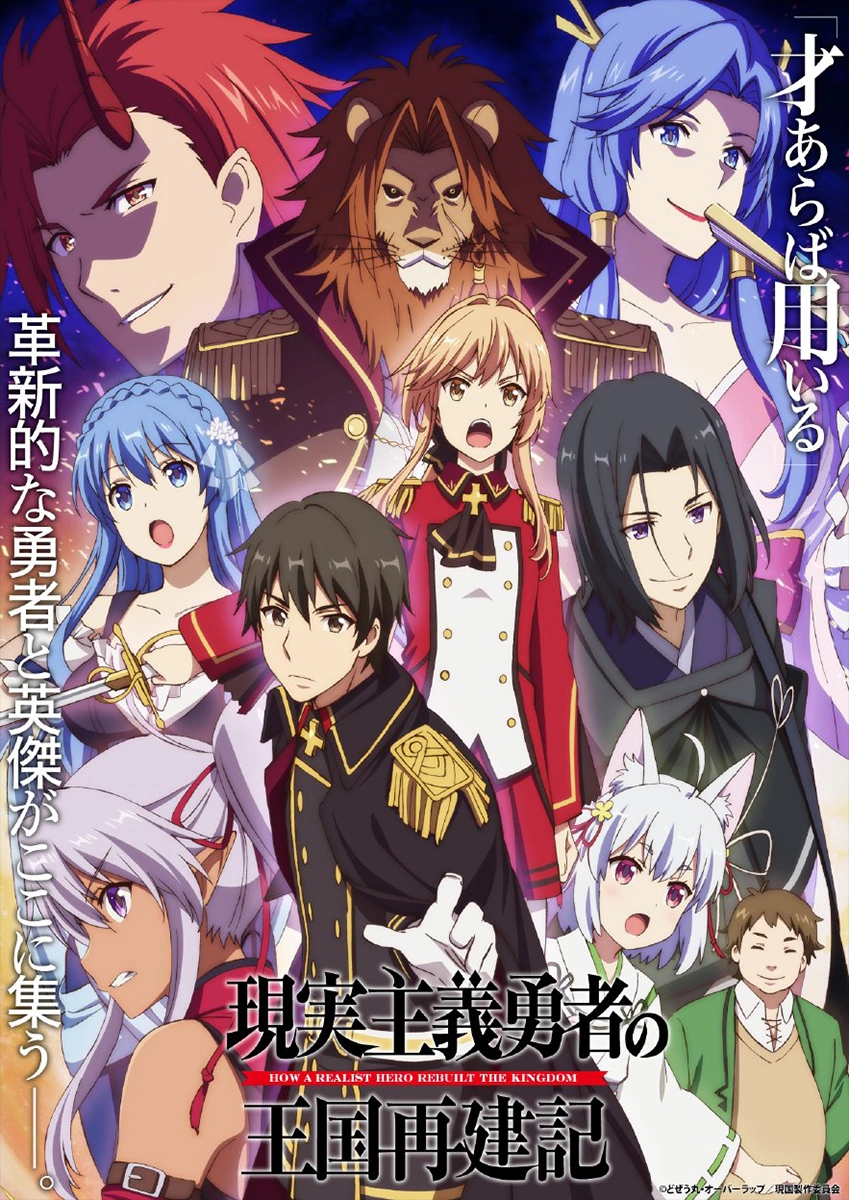 How A Realist Hero Rebuilt The Kingdom

The era of isekai continues with this economic spin on the genre.

Upon the death of his grandfather, Kazuya Souma is summoned to the Kingdom of Elfrieden. The Kingdom of Elfrieden is in economic distress, and Kazuya takes it upon himself to rebuild the failing economy of this new land. As a token of gratitude, the King names Kazuya as the new King of Elfrieden and bethrothes him to the princess. Sounds like a happily ever after; however, Kazuya’s journey to help this country remain prosperous continues with him behind the desk and on the throne, instead of the battlefield.

Join in on Kazuya’s administrative journey this Summer on Funimation! Watch the official trailer! 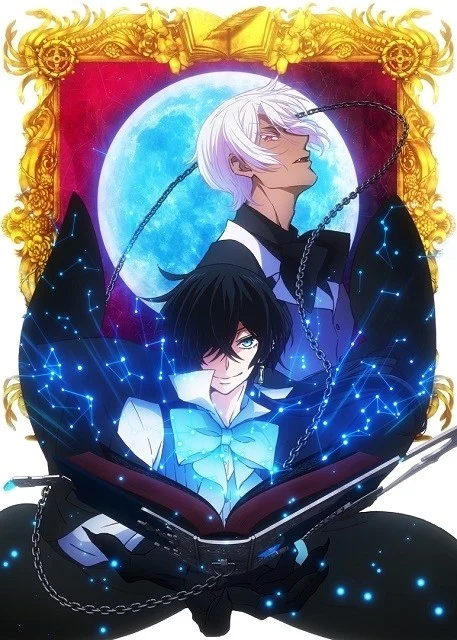 The Case Study of Vanitas

Are you a fan of Jun Mochizuki, creator of Pandora Hearts, or do you need vampires, steampunk, and historical fantasy in your life? Well, look no further, The Case Study of Vanitas is here!

The Case Study of Vanitas will be streamed on Funimation! Watch the official trailer now! A new original anime is coming from P.A. Works, the studio behind Angel Beats, Another, and Charlotte.

This original story is set in Okinawa, where a small aquarium is on the cusp of closure. One of the employees is Kukuru Misakino, who is living her dream of working at an aquarium, and Fuuka Miyazawa, a former idol who has lost her way after leaving her life in Tokyo. Fuuka spends her days out in the aquarium, lost in her mind; however, with the aquarium’s closure on the horizon, these two girls come head to head with their dreams, the reality, and the struggles that come with growing up such as loneliness, friendship, and conflict.

Aquatrope of White Sand will stream on Crunchyroll! Check out the official trailer!